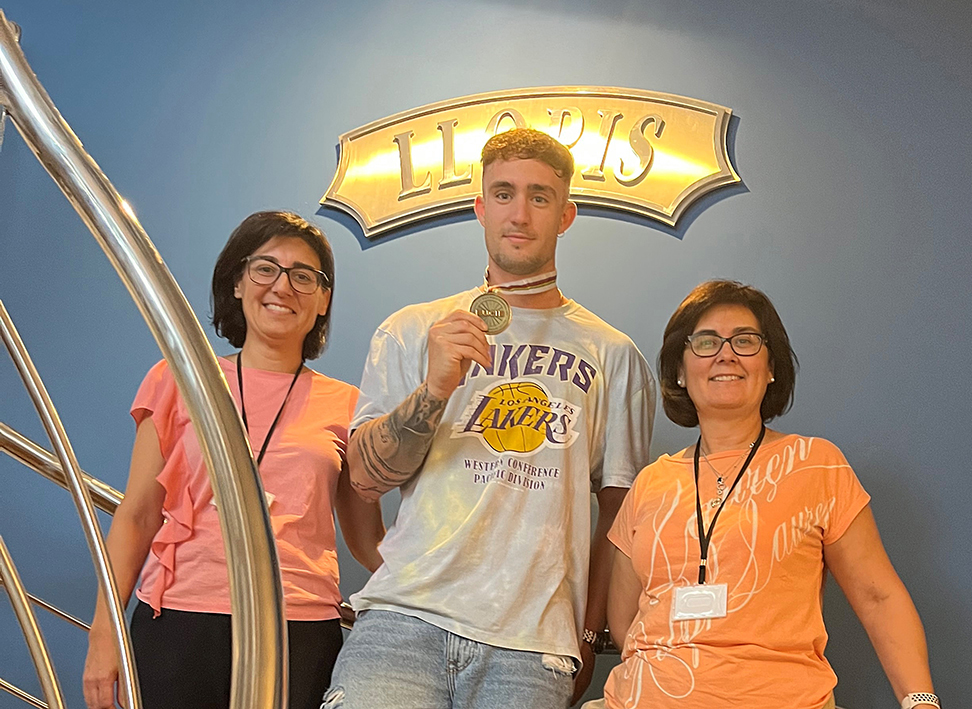 Alejandro Martínez, bronze and record in the World Track Cycling Championships at the Paris velodrome of Saint-Quentin-en-Yvelines.

Alejandro Martínez won the bronze medal in the one kilometre time trial of the World Track Cycling Championships that took place in the National Velodrome of the French town.

Almendras Llopis sponsor of Alejandro Martínez supports the sport and values such as effort, improvement and respect that we appreciate so much at our company. For these values and for his achievements, our congratulations, Alejandro.

The track cyclist from Alicante got a podium finish in the race despite having advanced through to the finals in eighth and last qualifying position. Martínez crossed the finishing line with a time of 59.871, which earned him third place, after breaking the Spanish record twice in the third day of the World Championships that brought home the first medal for the Spanish team.

Less than a month ago I had a chat with my psychologist because I just wasn’t right, I was under a lot of stress, it has been a long season. My family, my partner, my coach… we all know what we have been through. To see myself in the finals was incredible, but what happened this afternoon was remarkable…

All stories by: Almendras Llopis
Alejandro Martínez wins the magnificent bronze medal in the CRI kilometre test of the Nations Cup held in Glasgow
Llopis takes part in SIAL 2022 in an outstanding way

You can find out more about which cookies we are using or switch them off in settings.

This website uses cookies so that we can provide you with the best user experience possible. Cookie information is stored in your browser and performs functions such as recognising you when you return to our website and helping our team to understand which sections of the website you find most interesting and useful.

Strictly Necessary Cookie should be enabled at all times so that we can save your preferences for cookie settings.

If you disable this cookie, we will not be able to save your preferences. This means that every time you visit this website you will need to enable or disable cookies again.

This website uses Google Analytics to collect anonymous information such as the number of visitors to the site, and the most popular pages.

Please enable Strictly Necessary Cookies first so that we can save your preferences!